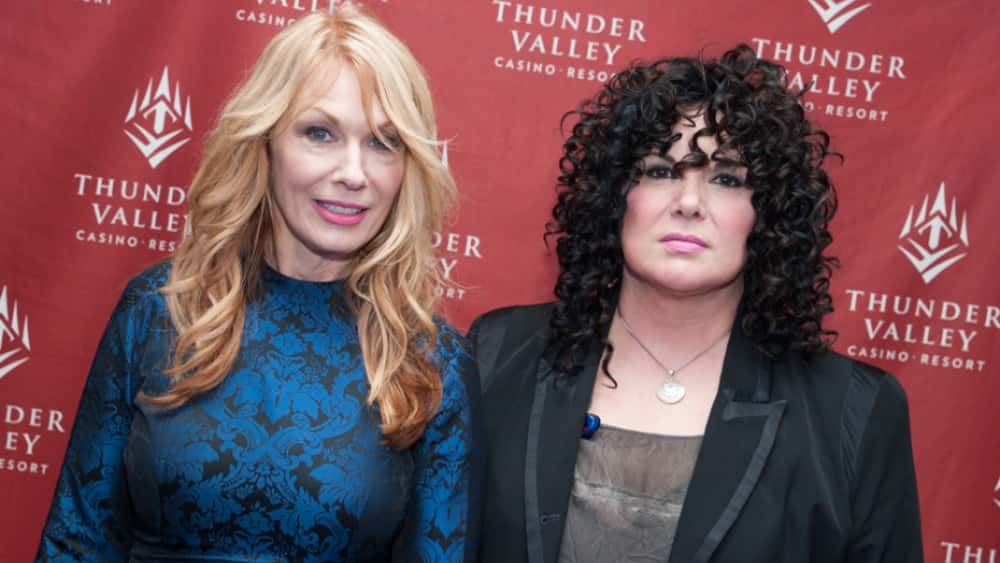 Nancy Wilson says that “it’s looking really good for a HEART reunion tour” in 2019. During an appearance on the “Let There Be Talk” podcast with rock and roll comedian Dean Delray, Nancy revealed that she has since reconnected with her sister and discussions are underway about a possible comeback next year. “I’ve gotta say, it’s looking really good for a HEART reunion tour,” Nancy said, “There’s a big offer up there on the table. Me and Ann are talking, so we’ll keep talking.” During HEART’s 2016 tour, Nancy and Ann Wilson had a falling out when Ann’s husband, Dean Welter, was arrested for assaulting Nancy’s then-16-year-old twin sons in a backstage altercation at a gig near their hometown of Seattle. He pleaded guilty to two lesser assault charges to avoid jail time. Speaking about the incident, Nancy said: “There was a family drama that was highly uncalled for and unnecessary and hurtful, and it was just one of those things that takes time to get past.” Ann Wilson recently completed a tour with Jeff Beck and Paul Rodgers, and after completing HEART’s last tour, Nancy formed a new band called “Roadcase Royale” and released an album, “First Things First.”