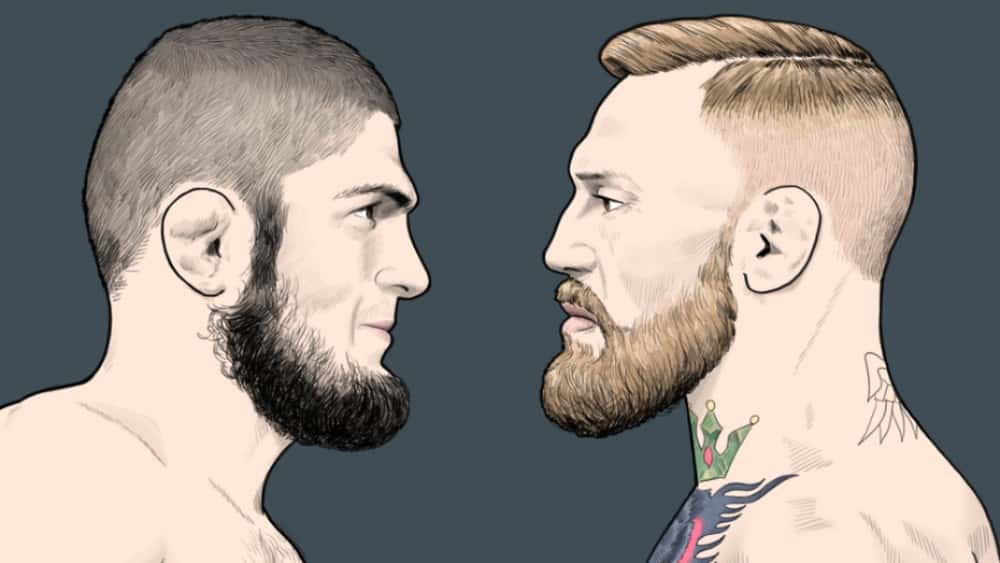 Conor McGregor tapped out in the fourth round of his comeback fight at UFC 229 against Khabib Nurmagomedov, who then climbed over the cage and set off a brawl by scuffling with another fighter in McGregor’s corner on Saturday night. The mayhem occurred after McGregor got caught in a choke by Nurmagomedov (27-0), who defended his lightweight belt by defeating McGregor. who infamously attacked a bus carrying Nurmagomedov. However, Nurmagomedov stepped away from McGregor and immediately pointed at his corner, shouting and throwing his mouthpiece. The men in McGregor’s corner appeared to respond with taunts, and Nurmagomedov climbed over the fence and fought with Dillon Danis, a Bellator welterweight who trains with McGregor. Meanwhile, two men apparently from Nurmagomedov’s entourage entered the cage and sucker-punched McGregor, who defended himself before security got involved. Nurmagomedov and McGregor both left the ring before the championship belt could be presented to Nurmagomedov. Both fighters’ purses will be withheld pending an investigation by the Nevada Athletic Commission. 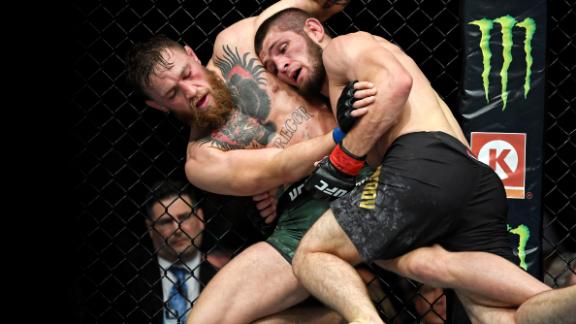 Via www.espn.com
Khabib Nurmagomedov gets Conor McGregor to tap out in the fourth round in the main event of UFC…
10/07/2018 9:17 AM