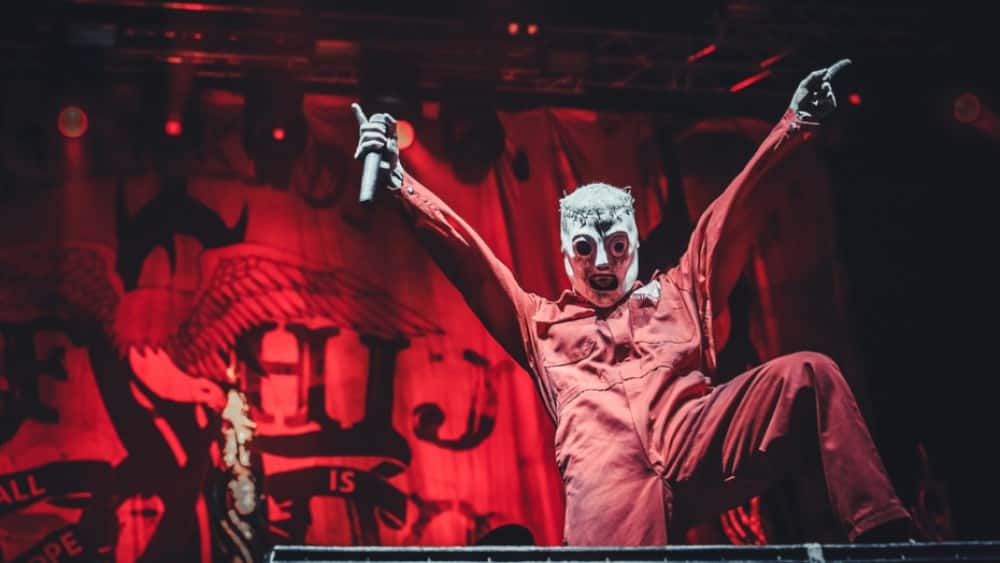 Slipknot surprised fans by premiering a new song, titled “All Out Life.” The track premiered yesterday on Apple Music,  and will appear on the band’s upcoming follow-up album to 2014’s “.5: The Gray Chapter.”  “.5: The Gray Chapter” was released following a six-year hiatus during, during which time their bassist Paul Gray died and drummer Joey Jordison was dismissed. Slipknot’s new album is set to debut sometime next year. Listen to the new track ‘All Out Life’ in the linked article below.

Via www.rocksound.tv
Slipknot have premiered their brand new single ‘All Out Life’ today, appropriately on Halloween….
10/31/2018 12:23 PM