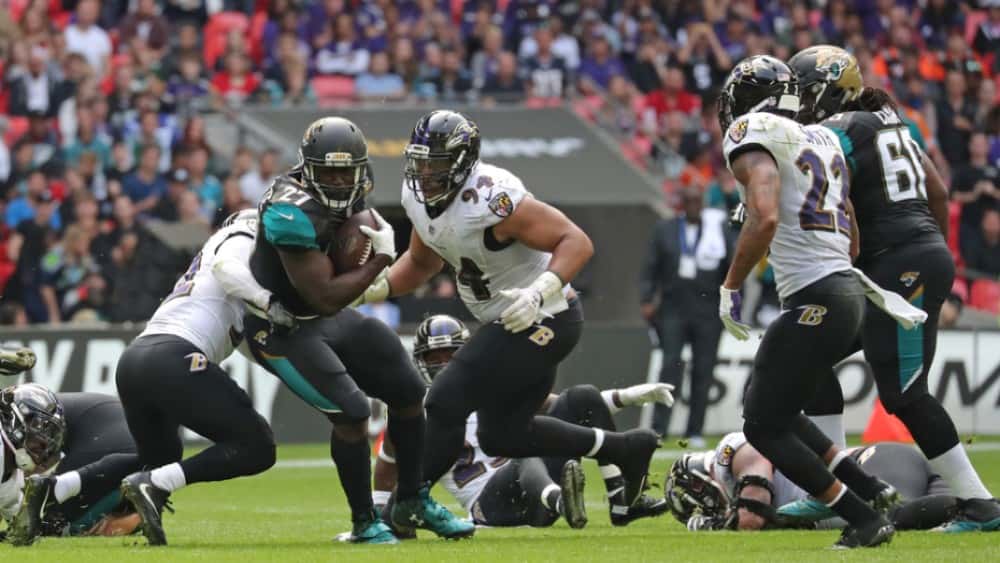 The NFL and the Jacksonville Jaguars have announced that running back Leonard Fournette has been suspended for Sunday’s game at home against Indianapolis. The suspension was handed down for Fournette’s involvement in a fight during Jacksonville’s 24-21 loss to the Buffalo Bills last Sunday.

The news of Fournette’s suspension came on a day where the Jaguars made major changes to their offense. Nathaniel Hackett, the team’s offensive coordinator was fired Monday morning and head coach Doug Marrone announced the team would start backup quarterback Cody Kessler in place of Blake Bortles.