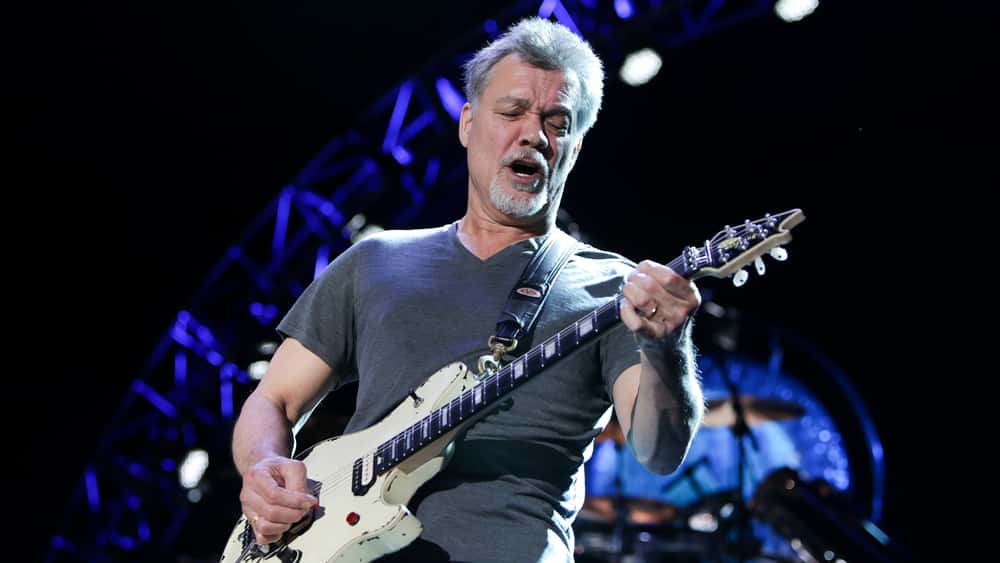 According to reports, rocker Eddie Van Halen has been flying to Germany in recent years to receive radiation treatments for throat cancer.  Van Halen was first diagnosed with the health issue in 2000, and it even spread into his esophagus. Van Halen underwent surgery to remove a third of his tongue and he was declared cancer-free in 2002. However sources say that Van Halen has flown to Germany for the past five years to get additional treatments that included doctors scraping cancer cells directly out of his throat, which has worked to keep the disease in check.

Despite the fact that he was heavy smoker for most of his life, Van Halen has always been of the belief that the source of his diagnosis was a series of metal guitar picks he had made in the late 1990s.  Eddie told Billboard in 2015: “I used metal picks – they’re brass and copper – which I always held in my mouth, in the exact place where I got the tongue cancer. Plus, I basically live in a recording studio that’s filled with electromagnetic energy. So that’s one theory. I mean, I was smoking and doing a lot of drugs and a lot of everything. But at the same time, my lungs are totally clear. This is just my own theory, but the doctors say it’s possible.”