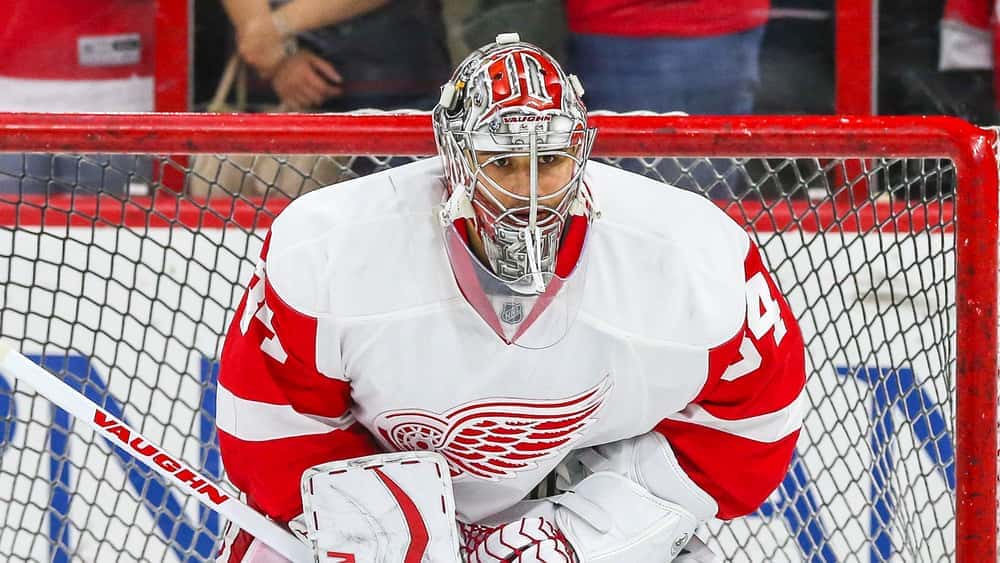 Goalie Petr Mrazek of the Carolina Hurricanes practiced Monday, but his status for Game 1 of the Eastern Conference Final remains unknown.

Coach Rod Brind’Amour said: “he was in (the) full practice today with no limitations, so that’s a positive. I’m not going to make any decisions today, but getting more guys back is nice.”

The Hurricanes will play the Boston Bruins or the Columbus Blue Jackets in the conference final. The Bruins lead their second-round series 3-2. Game 6 is at Nationwide Arena on Monday (7 p.m. ET).

A start date for the third round has not been announced.

Via www.foxsports.com
Carolina Hurricanes goalie Petr Mrazek was back at practice after leaving a playoff game early…
05/06/2019 4:37 PM